According to Chinese astrology, I was born in the year of the Rooster, or the year of the Fèng Huáng. The fèng huáng is a mythical bird, the Chinese equivalent of the phoenix. Originally, fèng was the male and huáng the female. Later, ‘fèng huáng‘ became the general term for both males and females. In art, the fèng huáng is often paired with the Chinese dragon, where the bird symbolizes the yīn, or female, aspect, and the dragon the yáng, or male, aspect. Click here to learn more about the fèng huáng.

The written accents on pīnyīn transliterations of Chinese words indicate the ‘tone’, or rather the change of tone, with which they are to be pronounced (a few words are ‘toneless’ and thus written without accent). There are four tones: 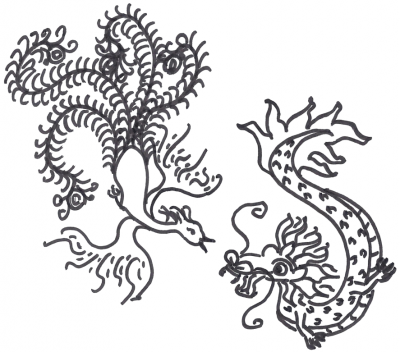 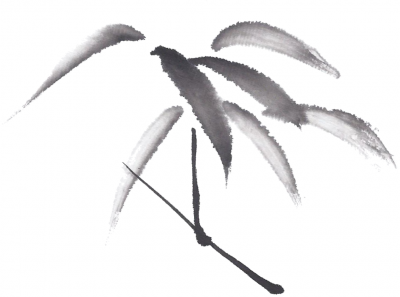